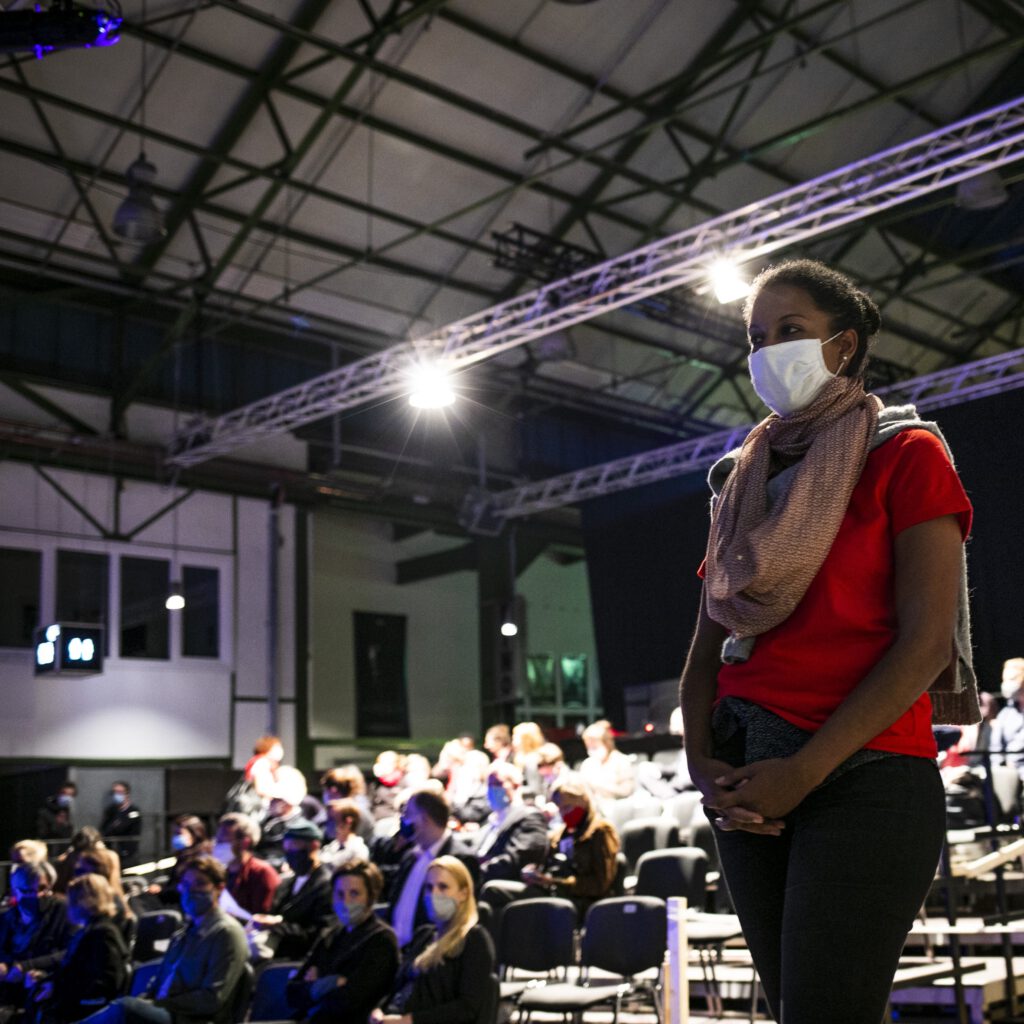 Simon has had the great pleasure to accompany this year’s edition of the FAVORITEN Festival, one of the oldest festivals for independent performing arts in Western Germany, which is organised every two years since 1985.

Now this podcast is becoming a peripandemic podcast, meaning „about“, „around“, „surrounding“ the pandemic; as we have to deal with the pandemic, which is not going away, we have to deal with this podcast which is also staying, by reinventing it and trying out new things. So this is the first episode of the white room “on the road” – and it was fun!

In the podcast Simon talks to

• Antje Velsinger, choreographer and performer based in Cologne and Hamburg, about her performance dreams in a cloudy space (Sound: Julia Krause) and the meeting of young and old bodies
• Ulrike Seybold, manager of the regional association for independent performing arts in North Rhine Westphalia, about her work
• Maria Vogt from the performance group KGI about their work And now everyone! An Opera (Music: Moritz Anthes, Rasmus Nordholt-Frieling) and working with “non-professional” performers
• Olivia Ebert, one of the Artistic Directors of the Festival together with Fanti Baum, about the festival in general and the topic “WORK”
• Saskia Rudat, performer and director, and her team about their performance Defining (i) dentity olo dentity oio dentity (l) dentity (Sound: Jakob Lorenz) and all the questions that Simon had. You can use the chapter markers to skip to what interests you.

We are happy to receive any (constructive) feedback and criticism, corrections, comments, questions and notes: whiteroom (at) whiteroom-pod.com. You can also comment below. We will try to reflect on this input in the podcast.

You can support the podcast by subscribing to it, by recommending it to your friends and by becoming a producer, if you like. A small regular contribution already makes a big difference.

This site uses Akismet to reduce spam. Learn how your comment data is processed.